Proof that Osama Bin Laden death picture is a hoax 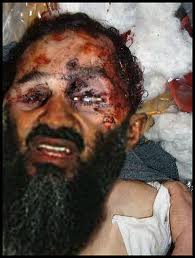 The picture in question

Here's a picture of Osama Bin Laden from the late 1990's. (Look very carefully at his mustache, mouth, and beard). Click the picture to enlarge. 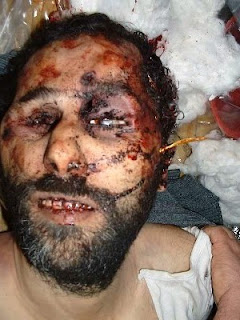 This is a picture of an Iraqi insurgent at Abu Ghraib's morgue back when the prison scandal started.

I'm no expert with Adobe Photoshop but it looks like somebody photoshopped Bin Laden's mouth and beard onto this guy's face.

Ironically, what began as a false DMCA attack on Vloggerheads has turned into a shit storm over on I-Tube. Mainly thanks to a user who goes by Phantom409 aka PhantomVision who is falsely accusing another I-Tube user called DiGGer.

Phantom is desperately trying to say that a user called Mike10Dude is responsible. Supposedly phantom received a private email where Mike admits to it. There's a lot of skepticism on whether or not this message is real.

The private message Phantom shared
Now here is where things get REALLY interesting, check out this comment down below left by I-Tube admin MyRealityBytes

Oh really now??? I can easily prove otherwise & I think the insinuation of this comment here is quite obvious. Do you remember what Mike10Dude did while I was still running I-Tube?? Lets review... 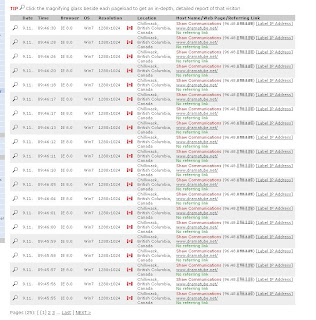 Mike attempted to shut down I-Tube/DT thru a denial of service attack (pretty pathetic one btw) by refreshing the front page THOUSANDS of times. LOL... I responded in kind by forwarding this IP to a site he didn't want to go to. At the time I didn't know whose IP address that belonged to but I eventually found out.


How did I find out? Because mike10dude tweeted about his own redirect. 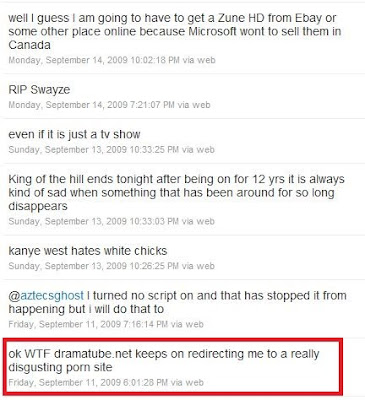 So what kind of 'good friend' goes and tries to maliciously have a person's website shut down? Better yet why is MyRealityBytes saying we've been good friends, when we had a skype convo saying I hardly knew him.

Now lets do a brief recap and take a look at this screen shot. Something MBD said on his youtube channel a while back.

Rather than trying to scapegoat me for something I've had no part in, why don't you handle this the right way? Why don't ya'll "leave the drama behind" as first promised when launching I-Tube???  Why don't you guys grow a pair and finally kick this false DMCA filing schmuck to the curb? When it comes to leaving the drama behind you, that would be a good 1st step. Just a thought...

2 weeks ago a website called Vloggerheads was plagued with fraudulent copyright complaints, which were intended to create disarray amongst their online community . It is EXTREMELY likely that the person responsible is I-Tube user Phantom409 aka PhantomVision. I say this based on my personal experience with the guy & his extensive history of doing these sorts of shenanigans.

Even though Vloggerheads has more or less moved on from this bad situation, it has oddly enough created a shit storm on I-Tube. On occasion my name has been mentioned, even though I have absolutely nothing to do with I-Tube nor with this latest episode of melodramatic fuckery.

When I was the head admin of I-Tube back in July 2009, I decided to ban PhantomVision permanently for him admitting to filing illegal DMCA's against the site now known as I-Tube.

Now with that being said, check out this screenshot one of my friends sent to me. Pay particular attention to the very last sentence highlighted in white.

Basically, what Katfellow says is Phantom409 should have never been allowed to return to I-Tube after he admitted to filing fraudulent DMCA's back in July 2009. At the time this opinion was shared by just about every member who participated on that website. NO ONE wanted to see phantom409 return. I agreed with this and always have...

However, check out this response to Katfellow, a dishonest C.Y.A. move from I-Tube admin MyRealityBytes aka 'Bytes'.

If you haven't figured it out by now, Firewall is me.

My memory of that whole fiasco happened quite a bit differently. Evidently old chat logs from Skype backs me up entirely. This is what I said to phantom after he admitted to attacking that site with false DMCA's

And here's my conversation with MyRealityBytes (skype name is anotherbyte) soon afterwards:

Initially Phantom was to be banned permanently. However, after he contacted Ning (hosting provider) and had those fraudulent DMCA's legally retracted. I finally relented and reduced his penalty from a permaban to a 3 month suspension. After telling him this, Phantom started crying about how I was being unfair and thought I should've reinstated him immediately.

Phantom soon realized that I had ZERO sympathy for him and I wasn't budging. So instead of hassling me, he decides to start begging FragUPlenty and MyRealityBytes for his account to be reinstated. After about 2 weeks of Frag and MyRealityBytes being inundated with Phantom's begging. Guess what happens? Suddenly MyRealityBytes started repeating some of the same manipulative bullshit that Phantom tried to sell to me.


After I made it abundantly clear that he was to remain suspended for 3 months and it wasn't negotiable. Guess what they pulled ONE MONTH later...

When saying "We", she means Frag and HERSELF (primarily her). I can't tell you how pissed off I was when first hearing that. If I had known what kind of person she really is, then I would've told everyone it was her doing and let 'em rip into her. Instead I decided to be the 'good friend', not say anything, and took the wrath for something I never supported.

Here's my question... since MyRealityBytes loves to talk constant trash how much of a retard Phantom409 is.... Someone who managed to play with her emotions for his own selfish interest. Then what does that make her????

MyRealityBytes, during this time you repeatedly catered to Phantom409 because you "felt sorry for him" which has always come back to haunt you and the rest of I-Tube. This is the bed you have made for yourself. Don't you dare try to save your own ass at my expense, by attempting to revise history.